You can help Democrats get out the vote by voting early and removing your door from the ones volunteers must knock before election day.

Where and When to Vote:

The Coordinated Campaign needs help NOW to get out the Democratic vote by knocking doors and calling voters. 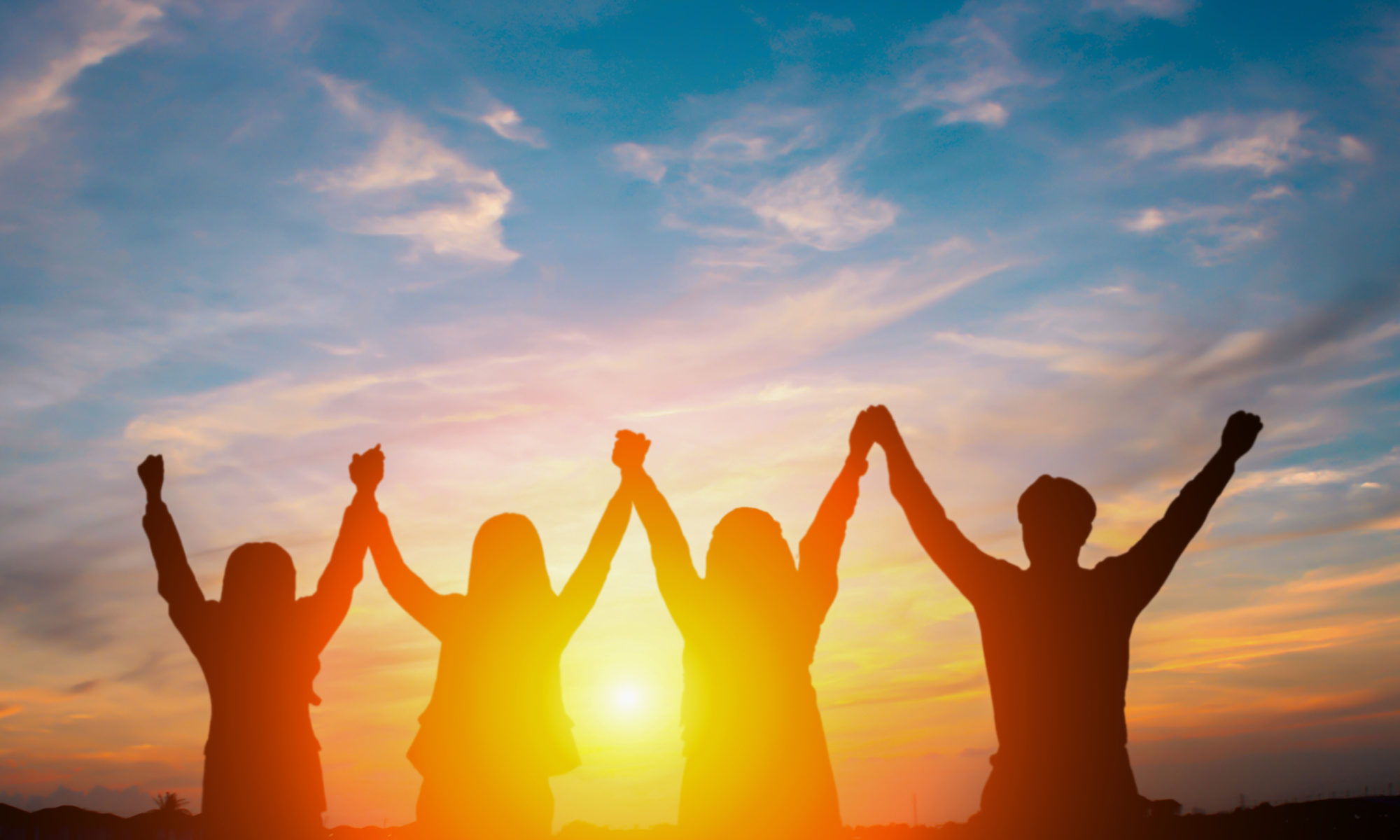 This year’s primary is special!

Every 4 years, all 10 seats on the Fairfax County Board of Supervisors are up for election – one Chairman at-large, and one for each of 9 county magisterial districts. There are no term limits.

This year, half the current Supervisors are retiring after years of service. These seats are seeing competitive primaries for the first time in decades! It’s an unprecedented turn over!

These 10 elected officials on the Board of Supervisors annually set homeowner property tax rates in Fairfax County. They establish the annual budget that allocates our property taxes to fund county-administered services – in the upcoming FY 2020 it is a $4.4 Billion budget of YOUR tax dollars – to fund public schools, police and fire services, health & human services, libraries, parks & recreation, transit, environmental sustainability, affordable housing, and much more. The Board also approves land use & development policies & plans – and more!

Linked here is a fantastic flier about the candidates and when/how to vote, from the Fairfax Democratic Committee.

You can also view links to candidates’ websites here:
https://fairfaxdemocrats.org/2019/04/23/2019-democratic-primary-information-for-voters/

Quickly, though, the competitive seats are:

Please share with your friends and make your voting plans! Polls are open from 6am-7pm on June 11—check your voting location here. And, there are early absentee voting options before then. So no excuses! 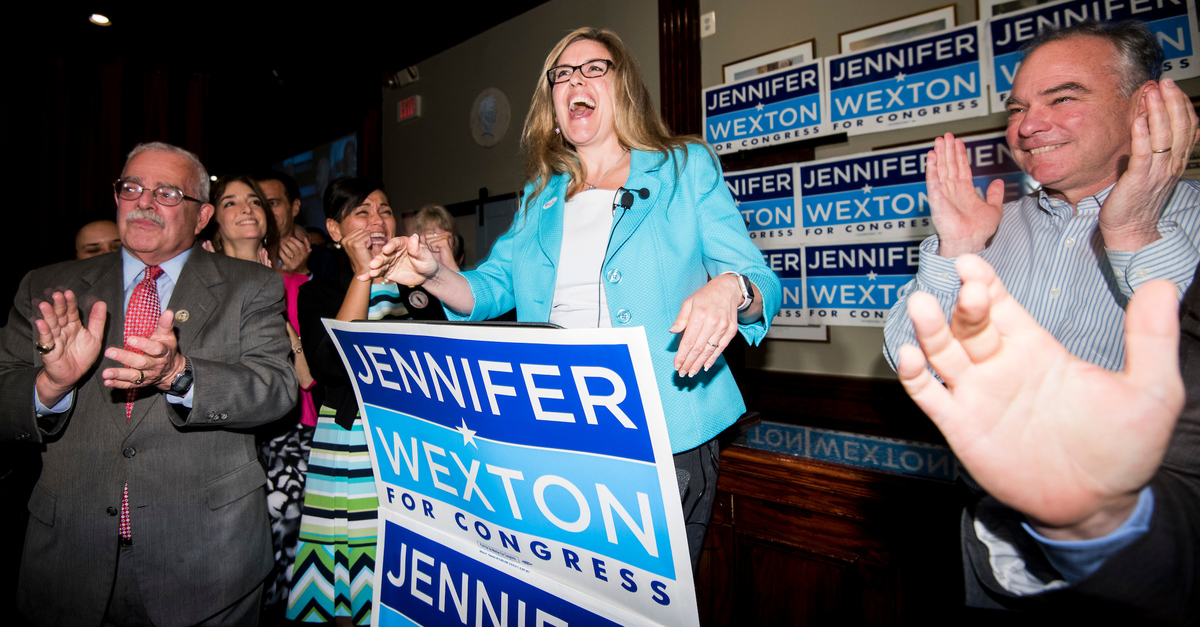 One of our best opportunities to take back Congress is in Virginia’s 10th District where we are working to elect Jennifer Wexton as our next U.S. Representative and to defeat the Republican incumbent. With less than 2 weeks to go, you can sign up today to help take back the 10th District. There’s so much excitement around this campaign that many of our volunteer shifts are full in the eastern parts of the district. However, if you are able to go west, there are five locations that still need volunteers for both this weekend and in the final days before Election Day. These are important areas of the district that may hold the key to victory!

What: Volunteer for Jennifer Wexton for Congress

Where: Choose a location below:

The campaign has asked Hunter Mill volunteers to assist at the Ashburn location, first on the list below. Help is welcome anywhere, but please make your best effort to help in Ashburn if you can.

You can view a custom google map that plots each of these locations, here.

If you’re looking for other ways to help, here are a few resources:

Thanks and feel free to contact Fairfax Democrats (703-573-6811) if you are looking for any other information or resources.

This Saturday, August 18 starting at 1pm, the Virginia Coordinated Campaign will be launching Hunter Mill door-knocking efforts from the new coordinated campaign office at

We anticipate that Anne Holton, former Virginia Education Secretary, will join us in our efforts to reach voters.

The Coordinated Campaign has been hosting canvass events every Saturday, so if you’ve been participating in those, note the change in time and location. If you haven’t had the chance to get out there yet, this is a great time to join up and help us elect Tim Kaine to the Senate, Jennifer Wexton to the 10th House District, and Gerry Connolly to the 11th House District. 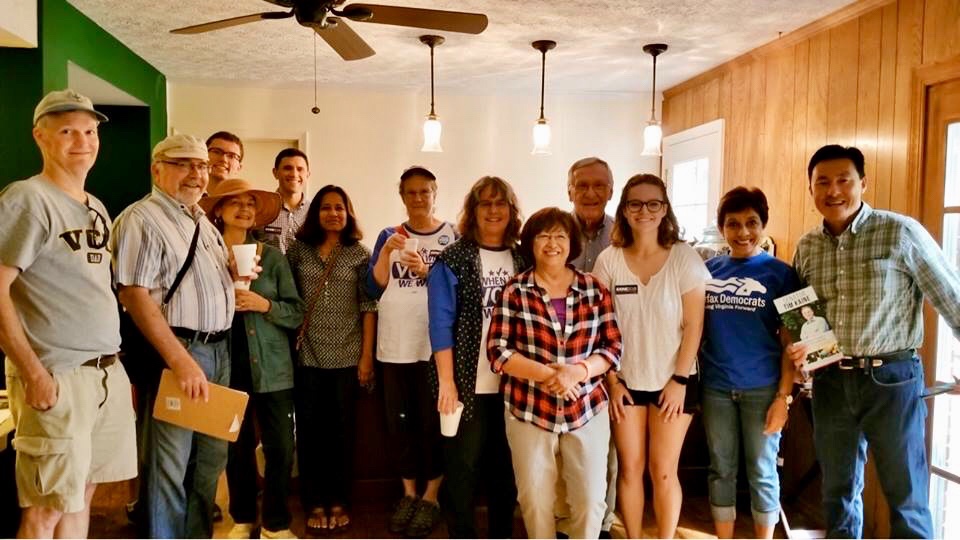 The primaries are over, summer is here, and it’s time to buckle down and take back the House and Senate. There are lots of opportunities to volunteer, and one of the most important things you can do is get out there and canvass. This means pounding the pavement and knocking on your neighbors’ doors to make sure everyone knows how critical their votes are in 2018.

Taking back the House starts with taking the 10th, as Virginia’s 10th Congressional District has two precincts right here in Hunter Mill. If we want Barbara Comstock out, canvassing for Sen. Jennifer Wexton will get it done.

Taking back the Senate means reelecting Tim Kaine, which takes everyone across all of Virginia. As we learned in 2016, we can take nothing for granted, and beating neo-Confederate Corey Stewart requires running up the score right here in Hunter Mill. Knocking doors helps us do that.

There are several canvassing events already scheduled (here are sign up links for Saturday and Sunday), and more are coming throughout the summer. Keep your eyes on the Hunter Mill calendar for these opportunities, and contact Maddy White at maddy.white@virginiavictory.org or 571-299-9490 if you have any questions or concerns about participating.

We look forward to seeing you out there! 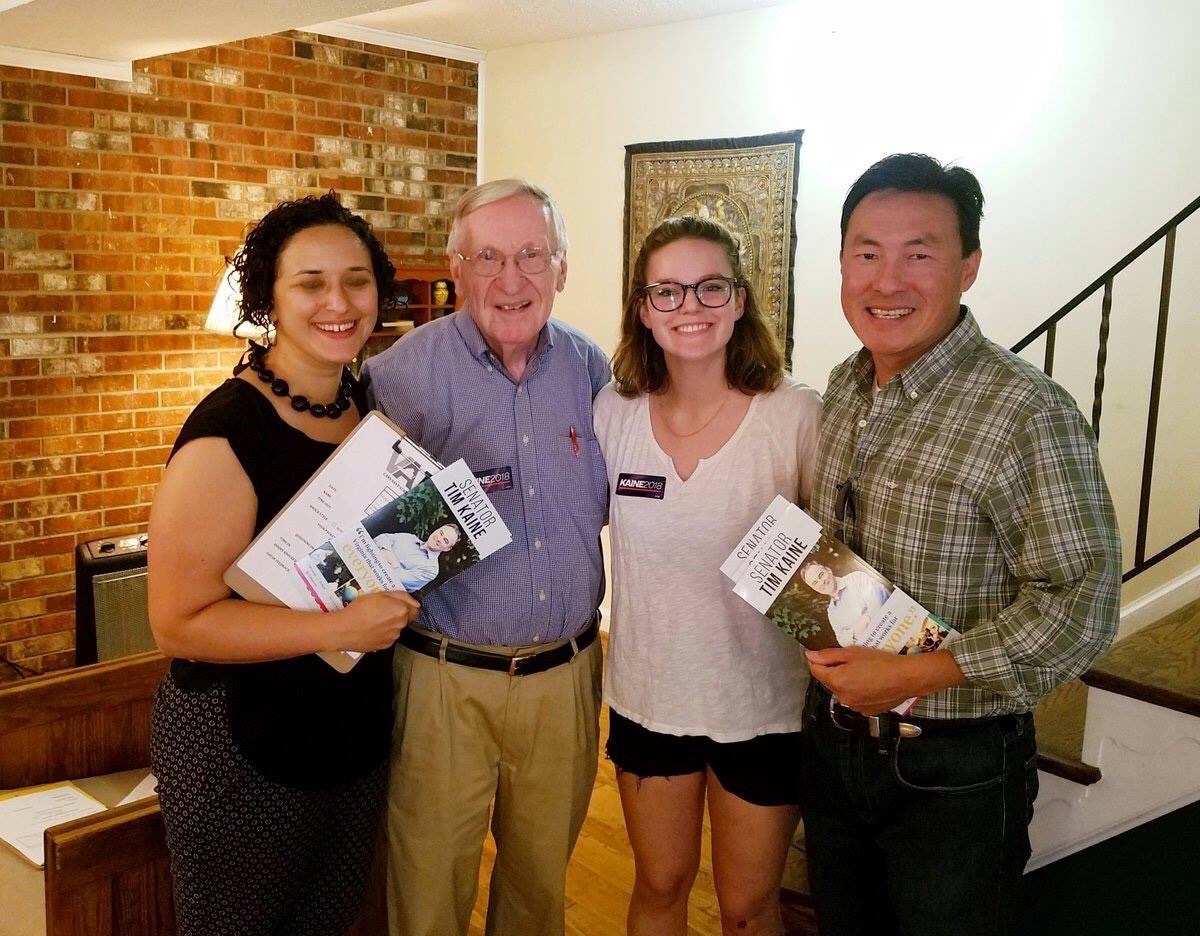 Maddy is a Field Organizer for the Hunter Mill District with the Virginia Democratic Coordinated Campaign and will be the point of contact for all volunteer events with the coordinated campaign. She graduated from James Madison University in 2017, and is excited to be back in her home turf for this campaign! She grew up in Reston so she has a spot in her heart for this region, and is incredibly excited to hit the ground running and really ramp up the grass-root efforts in this area. 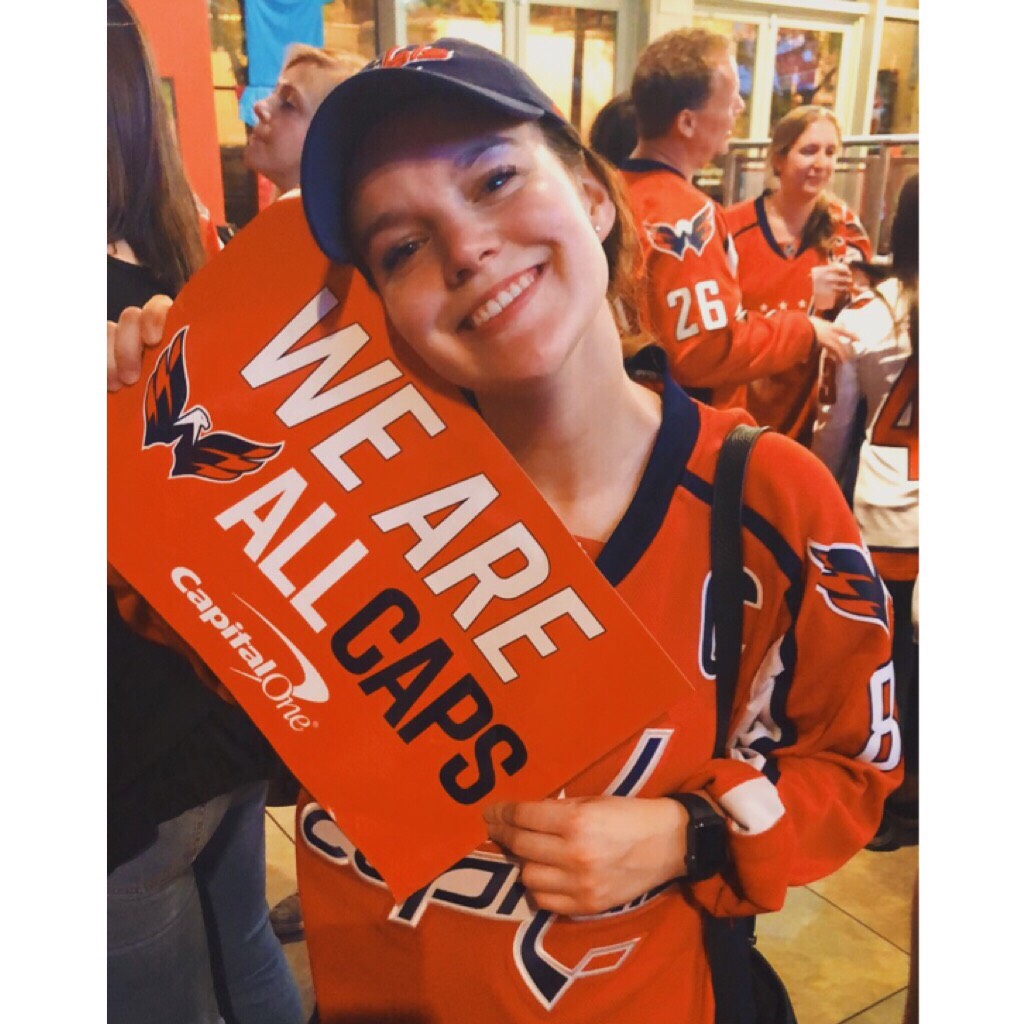 The coordinated campaign is currently seeking “influencers” to recruit, train, and launch volunteers for canvassing, phone banking, and voter registration drives in the Hunter Mill district.

If you’ve done this for past campaigns, or are interested in learning more, contact Maddy at maddy.white@virginiavictory.org or call/text at (571) 299-9490.

If you are unable to lead events but would still like to volunteer, please sign up at TimKaine.com/events or by contacting Maddy directly. She is looking forward to meeting Hunter Mill volunteers and working together to Keep Virginia Blue and flip some seats with this blue wave!