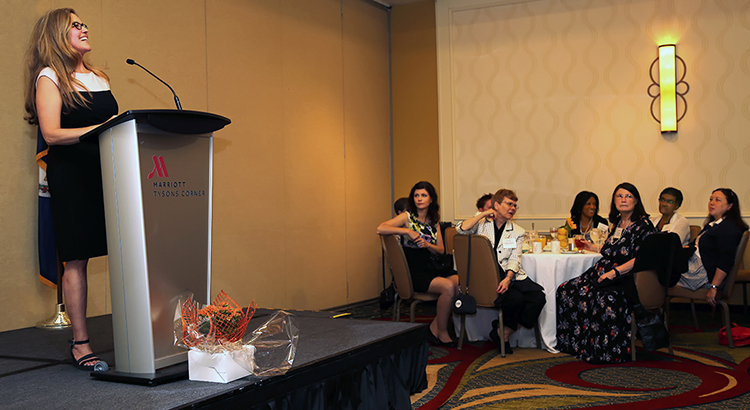 Wexton, who is running for the CD-10 seat, said that like many of us after the 2016 election, she just wanted to pull the covers up over her head. “But I think most of us realized that we can’t just stay under the covers for the next 4 years so we ultimately came out and seeing what the administration has been doing — the attacks on the institutions that are here to keep us safe, institutions like the free press, institutions like our intelligence community, and attacks on civility, the rule of law, immigrants, women, the environment, I knew I had to step up again and run for Congress.”

“So this is going to be an election about contrasts because Barbara Comstock and I are both women and that’s about where the similarity ends.”